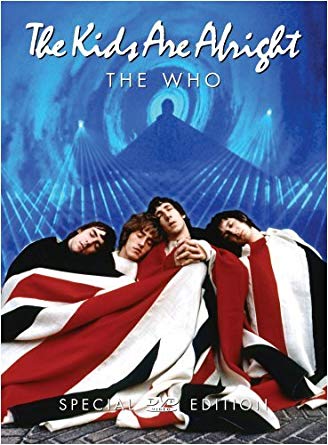 Why Do Kids Write Numbers Backward? 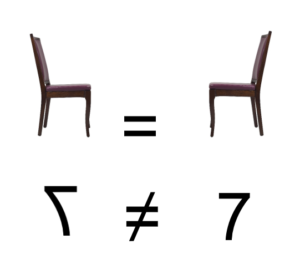 For the first several years of our lives, we learn that “orientation-in-space” does not change an object’s identity. Turn a chair any which way, and it is still a chair. We learn this lesson well enough that we stop paying attention to an object’s orientation in space.

So, it is not surprising that kids sometimes write their numbers backward. It would be more surprising if they never did. Students need to learn to write certain symbols to face a specific direction.

What Does it Mean When Kids Write Numbers Backward?

When children write their numbers backward, they are mirror writing their letters or numbers backward or upside down. They need to learn that while a chair may be mirrored and is still a chair, a 7 mirrored is no longer a 7.

Is it Normal for a Child to Write Numbers Backward?

It’s perfectly normal for kids to write numbers backward. Some kids will even write from right to left, reversing all their numbers. It’s important for children to learn how numbers face, but don’t feel you must prevent your kid from writing this way or make them instantly correct it. Instead, you want to tell them that it is “better” or “more grown-up” to make the number face this direction. It will take time and gentle reminders.

At age 5 and 6, it’s normal for kids to write numbers backward. But it is still important to begin working with them to understand which way numbers face. It may still seem random at age 5, but focusing on encouraging them that it’s better to write numbers “the smart way” will be effective.

At age 7, students who are still writing their letters backward may have started a bad habit that’ll take a good bit of practice to break. If beyond age 7, a student is still writing their numbers backward or upside down, this could be a sign that they are having difficulty with reading or language. This is NOT a sign of dyslexia. 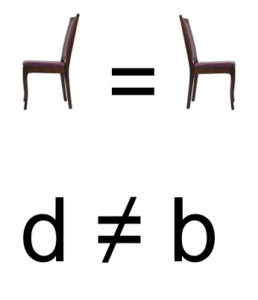 Writing numbers backward isn’t a sign of dyslexia. Dyslexia is a reading disorder that involves problems identifying speech sounds and how they relate to letters and words. Writing backward is a sign of not learning which way symbols face.

It’s common, however, for students with difficulties learning to read to continue reversing their letters such as b and d. Reversing “b” and “d” has the same cause as writing numbers backward: learning that orientation in space does matter. However, when it comes to “b” and “d,” the reversal is actually “that other letter” and isn’t just “backward.” The distinction between which is b and which is d is somewhat harder for children to learn. Students who have problems with hearing the sounds in words (called phonemic awareness) will find it harder to remember which letter is in which word. But, even children with dyslexia can learn to read; it just takes more focused instruction.

Do Kids Grow Out of Writing Numbers Backward?

It’s important for children to learn to write symbols in a certain way and why by a teacher and or parents. It helps to have someone tell them when they have written a number backward and to reinforce them when they get it right. Some children notice this without much prompting, so we say they “grew” out of it. But really, they just learned it on their own. If you want them to be successful, don’t hesitate to help them learn to write their letters and numbers correctly. Be nice and supportive, but do give clear information. 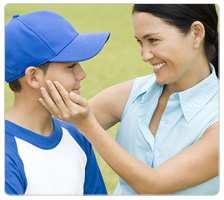 How Can I Help my Child if they are Writing Numbers Backward? 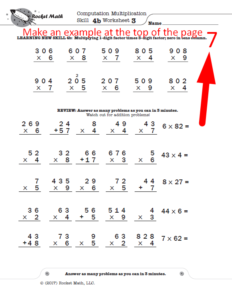 The best way to help is to make an example of “the way it is supposed to face” on any paper before your child starts working. Say something like, “See if you can make all your sevens face this way. It is hard, but you might be able to do it.” Your child can then check each time he or she writes the number to make sure they are making it face the same way as your example.

By the way, writing “7” a hundred times won’t help because after the first one it is just doing the same thing over and over. The issue is remembering which way it has to face when you write it. So having it available as a reference means your child has to remember, “Oops. Which way does a seven face? Oh, that’s how it faces. Hey! I got it right!”

Another powerful way to help is to notice and be impressed when they write their numbers the right way and congratulate them. “Wow! All your sevens on this page are facing the right way. Way to go! You are really learning this.” If you are impressed by their learning, they will be motivated to keep remembering and it will boost their self-esteem.

When Is it Time to Talk to Their Teacher?

If you notice your child is frustrated after school when they were trying to write their numbers, you can bring it up with the teacher at the conference time. Ask them if they are giving your child an example of how to write the number to look at when writing their numbers. But other than consistently helping your child learn the arbitrary rule about which way certain numbers face, there is nothing else the teacher can or should do. Please don’t ask them to “test” your child for dyslexia on account of these backward numbers. 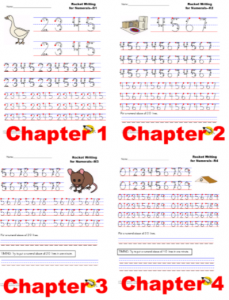 How Can Rocket Math Help? 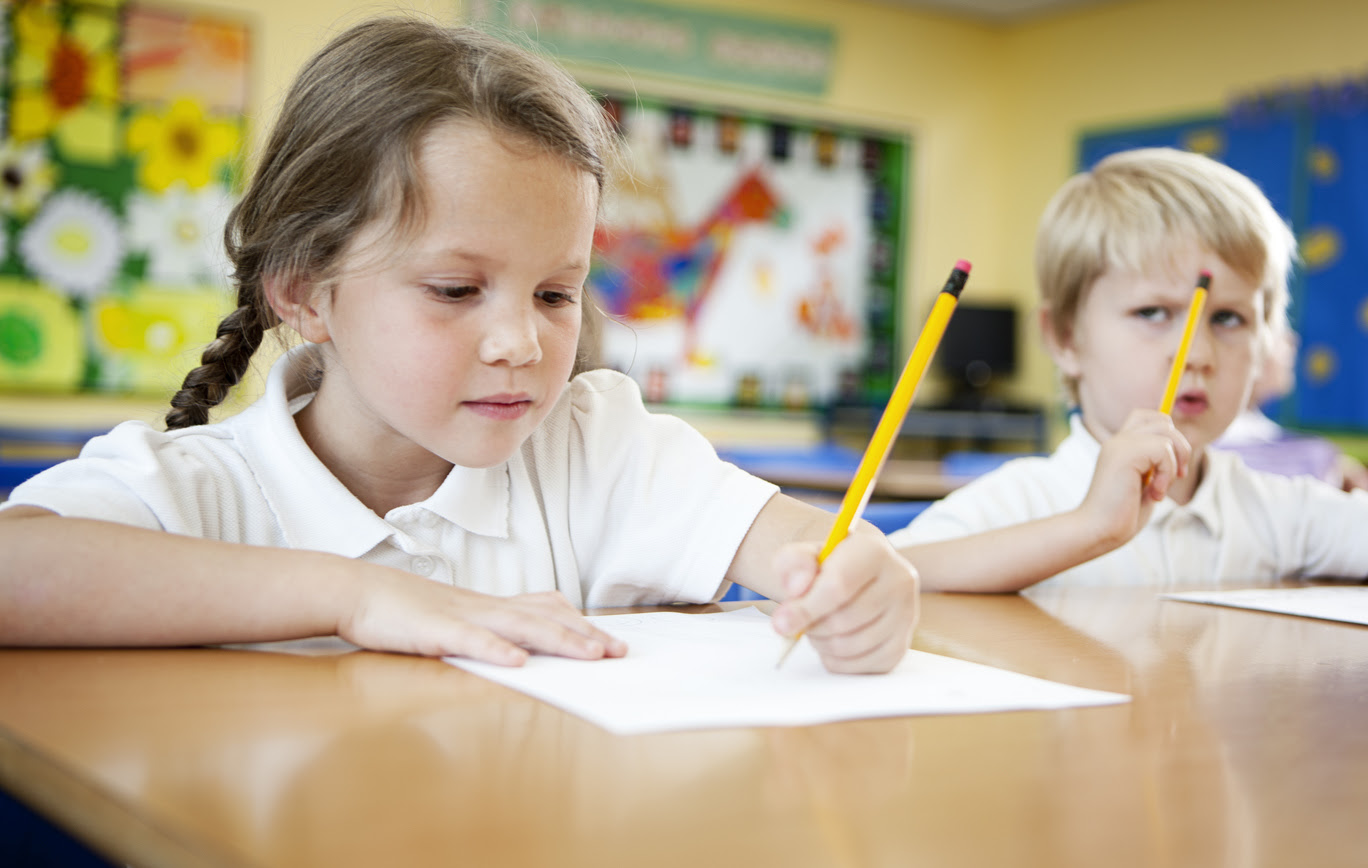 Few teachers realize how similar spelling and math facts are.

If students have to think up the answer to math facts, it makes doing computation harder.  The process of figuring out a math fact distracts from the mathematics being done.  Similarly, if you have to stop and think of the spelling of a word (like the boy pictured above) while you are trying to write, it distracts you from thinking about what you are trying to write.  Students are more successful and better able to show what they know and better able to focus on learning when their tool skills have developed to the level of automaticity.

Dictating Sentences is spelling with a twist.  Instead of spelling one word at a time, in Dictating Sentences (now part of the Universal Level Rocket Math Worksheet Program) students are asked to write an entire sentence from memory.  They work in pairs and their tutor has the student repeat the sentence until it is learned.  Then the student has to write the whole sentence from memory.  It turns out this is considerably harder than writing words on a spelling test, so it is challenging practice, and does a lot to help students develop automaticity with spelling.

Working in pairs.  As you know from Rocket Math practice, students enjoy working in pairs.  And when one partner has an answer key the practice can be checked and corrected.  Sound research shows that immediate correction and editing of misspelled words is the fastest way to learn the correct spelling, so that’s what we have the student tutor do.  After each sentence is written every word is checked and practiced again until it is correct.

Mastery learning. The program is structure so that all the words are learned to the level of automaticy.  Students keep working on a sentence until it can be written without any errors.  They work on the same lesson for as many days as is needed for them to spelling every word perfectly in all three sentences.  Each sentence persists for two or three lessons, so that the student is required to write it from memory and spell every word perfectly for several days in a row.

Earning points by being correct and going fast.  Students earn two points for every word that is spelling correctly the first time.  Every word on which there is an error is worked on until it too can be spelled correctly, earning one point.  The faster students go during their ten minutes, the more points they can earn.  Students graph the amount of points earned and try to beat their own score from previous days.  Teams can be set up and competition for the glory of being on the winning team can enhance the motivation.

Individual Placement.  There is a placement test.  Students begin at the level where they first make a mistake.  Student partners do not need to be at the same level, so every student can be individually placed at the level of success.