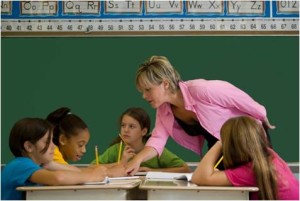 Multiplication facts are VERY important and you want to be sure that all third graders have enough time to master them. The best solution would be to get all your second graders through subtraction during the second grade year. Here are some suggestions to get better results–where more students develop automaticity in subtraction facts in second grade.

1) Start Rocket Writing for Numerals in the second half of Kindergarten, so that students leave K able to write numerals quickly.

2) Start Rocket Math Addition in the first month of first grade (because most all students) are able to write numerals fast enough. If you have a few who are below 18 boxes in a minute–give them extra work on Rocket Writing for Numerals to get them up to speed and into Rocket Math Addition before the end of October.

3) Monitor closely students who don’t pass an operation in six days and make sure they are getting a bonus practice session each day at school or encourage their parents to practice with them at home. Some few students will need extra help to practice twice or three times a day to make progress as fast as others.

4) Save folders from grade to grade (over the summer) so that students don’t have to start an operation over from the beginning (just continue on from where they left off) and so can finish an operation in a timely manner.

I think that continuing a student in subtraction at the beginning of 3rd grade from where they left off in 2nd grade is an OK policy, but it is far better to have as a clear goal to get students through subtraction during 2nd grade. Hope this helps. -Don