They don’t pass because the writing goal is too high.

Hopefully, you used the writing speed test to set individualized goals for your students.  If you didn’t please do that now and set their goals based on their actual writing speed.  Students cannot answer faster than they write!

They don’t pass because they are not practicing the right way.

The most frequent reason students don’t pass is because the student’s partner does not insist the they practice the right way.

Bad practice practices are common.  For example, the student avoids saying the problems out loud and just says the answers.  The partner skips the correction procedure when the student hesitates. The partner allows the student to simply go on after a hesitation or error rather than going back three problems and trying again to see if they are faster now.

They don’t pass because they don’t know the proper correction procedure. 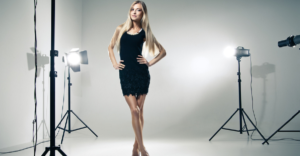 Practice with the class, making your students model the correction procedure.  The remedy for bad practice practices is for the teacher to practice with these students as recommended and see if that makes a difference. It often does. Let us tell you: This is typically the “magic bullet.” It is fascinating really. Carrying out the practice procedure as we have written it is VERY powerful. We wouldn’t lie to you. Consider practicing with the student yourself. Dr. Don often finds that when he does that, the student passes immediately.

They don’t pass because they don’t follow the practice procedures. 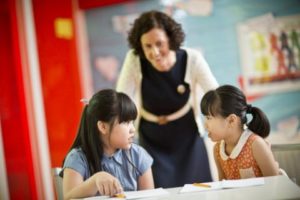 Watch to see that the student is “on-task” throughout the timing. Some students fail to realize that looking up around the room during a timing will slow them down so much they won’t pass. (Really, we kid you not. We’ve seen kids–who stopped to check the clock several times during a one minute timing–be surprised that they didn’t pass!) If a student really cannot stay on task for 60 seconds, you might try cutting the goal and the time in half—give a 30-second timing with a goal cut in half as well. That may do the trick. It is often necessary to point out to younger students that erasing takes too long. Have you ever watched a second grader erase something? One could grow old waiting. Point out to students that perhaps putting a line through a mistake and writing the correct answer would save time.

They don’t pass because they aren’t trying to pass anymore.

To increase motivation, increase success.  The student may not be trying because he/she is unmotivated. Watch to see if the student is doing practice correctly or giving the test their best effort. Most often this is a result of failing to succeed rather than a cause. (That’s really a very important understanding for you to have, so we’re going to say it again!) Lack of student motivation is most often a result of failing to progress rather than a cause.

If students are succeeding then consider adding reinforcement.  Make sure they have time to color in their Rocket Chart.  Have them stand up and take a bow when they pass.  Consider using the Wall Chart.  Think about ways to increase student motivation, including use of student achievement awards and social recognition for success.

They don’t pass because they are “in over their head.”

You can tell a student is in over their head just by watching over their shoulder as they complete a timing.  The student will hesitate on many of the facts.  Another way to tell, is if practicing with a student the right way doesn’t make a big difference, then the student may be stuck because he/she is “in over his/her head.” The student has officially passed several sets without completely mastering them. This should not happen if students always have to meet or beat their previous best—but sometimes it happens anyway. A sign that this has happened is that they have several facts in the set with which they are hesitant.

Back the student up a level or levels

The basic remedy for kids who are “in over their head” is to back up in the alphabet until you find a letter they can pass. You can either test back all at once or have the student move back one letter a day until they do pass after one day’s practice. Get them a new Rocket Chart to start over. Once you find out where the student is successful, make sure their goals are as fast as they can write—that you’re not letting them pass even though they are hesitant on some facts. If you announce a policy of “six tries and then you have to move back” and you announce this policy ahead of time, fewer students will get to six tries without passing! Being proactive is the key here. It is important to cover all of your bases prior to bad things happening. It is much better to pre-correct for something than to have to go back and re-teach a procedure or try to introduce one when a student is upset and losing motivation.

WARNING! Reducing the criterion for passing does not help.

(Yep, another warning. I am being proactive too!) Do not reduce the criterion to pass each sheet, as that will make it increasingly difficult for the students! They will not be learning each small set as well as they need to and you’ll be adding more facts faster than they can handle. The cumulative task will get more and more difficult. Only reduce the criterion if the student simply cannot write that fast—otherwise, they can learn all the facts to the same speed as they learned the first set.