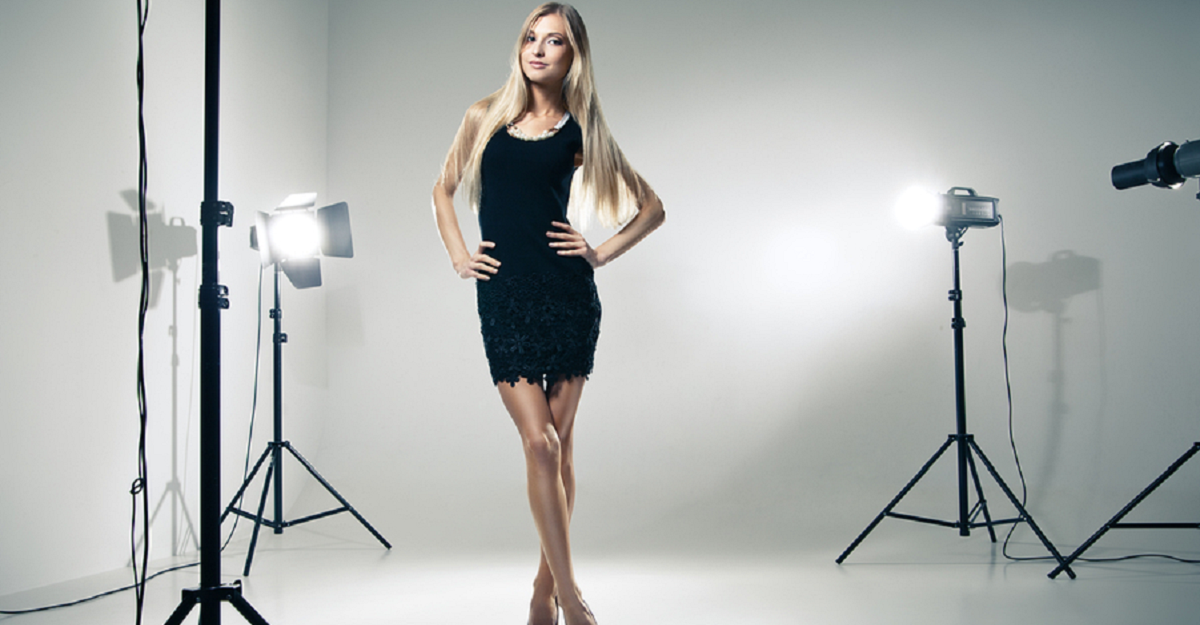 Have them model the correction procedure rather than the latest fashions.

You can’t just tell your students the three steps of the Rocket Math correction procedure.  That’s not enough to be sure they know it.  The best way to determine if the students know the procedure is to require them to model it.

Do this, not just when you start Rocket Math, but any time you see that students are NOT doing the correction procedure the right way.  If they start to slip or zone out, the best thing to do is stop them from doing Rocket Math and spend a few days requiring them to model how to correct your errors, one at a time, while everyone listens.   Do it for ten minutes each day (during Rocket Math time) for several days–at least until you have had every student get a chance to “be your checker.”

Require them to model the correction procedures while you role play being a student making errors.

You have to role play being a student and you have to make the ALL the errors which they have to learn how to correct.  You have the worksheet and your students have the answer key in front of them.  Choose one at a time to be your “checker.”

First, ask that student WHEN should they should correct you.  They should say (in any order),

When you make an error.

When you say the problem wrong.

When you don’t say the whole problem and the answer. 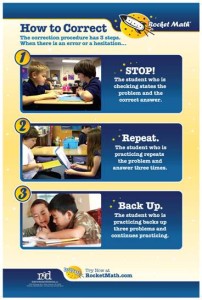 Second, ask that student HOW they should correct you.  They should say (in order)

1.  Stop. Interrupt the student and say the correct problem and the answer.

2. Repeat.  Have the student repeat the correct problem and answer three times.

3. Back up.  Have the student back up three problems and begin again.

Third, begin practicing as if you were a student and then make errors.  Then require the student you’ve selected to be your checker to model the three-step correction procedure.   They should interrupt you and say the whole problem and the answer, ask you to say it three times, and then after you’ve repeated it three times, they should tell you to back up three problems and begin again.  You’ll end up counting together and coming to agreement about where to start and then beginning again.  But remember, they have to know not just HOW to correct, but also WHEN to correct. 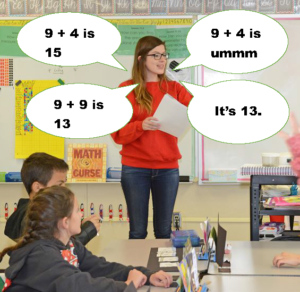 Fourth, be sure to make all four kinds of errors to see if your “checker” recognizes all of them.  Try reading just the answers and see if your checker follows the correction procedure.  Definitely do a two second hesitation and if they don’t jump in to correct you, prompt them to do so.  Read the problem wrong as well as say the wrong answer.  Prompt the correction procedure if the student doesn’t do it the right way or at the right time.  If you have to prompt a student then they aren’t ready yet.  Keep going around the class, calling on each of your students to be your checker, and make sure they do it correctly and prompt them if they don’t.  Go back and call on any students who needed prompting and see if they can do it without prompting now. Keep making them model the correction procedure until everyone can do it the right way WITHOUT PROMPTING.

**The correction poster (pictured above) is available in the Rocket Math store under Organization and Training materials.  Item #2014 Corrections poster $18