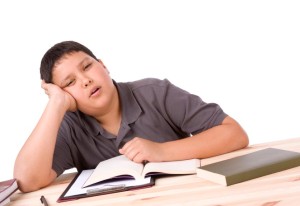 Melinda writes:
Good afternoon,
First, I want to say that we use Rocket Math at our school and the kids absolutely LOVE it!! They are so motivated to do Rocket Math each and every day!
I am seeking help on how to address teachers not doing Rocket Math consistently each day, but then having a “marathon” and completing several levels, up to 5, at once. I personally do not see the benefit in doing so, as the facts are not learned to where the students can effectively or efficiently recall them to apply them. I just wanted your opinion(s) and some expert advice on addressing this situation.
I appreciate your time and look forward to your response,

Dr. Don answers:
Melinda,
That is a very tough problem to solve. You are right that it is much better to do daily sessions because of the way memories are consolidated overnight. We also know from decades of research on learning that spaced practice (across days) is far more powerful and effective than massed practice in terms of long term learning. In other words, the same amount of time devoted to Rocket Math practice spread out over the week would ensure much better learning of facts than doing five sessions all in one day. Even more detrimental is the lack of practice for several days, which allows a lot more forgetting, making it harder for students to succeed the next time they practice.  Not to mention the fact, that students get really tired practicing during a long session rather than a 2 to 3 minute sprint.

So getting in daily practice sessions is an important issue. I imagine that one quick discussion of this fact in a faculty meeting could ensure that everyone knows daily practice is better. I am also 100% certain that teachers are not doing these marathon sessions because they think they are better, but because they are trying to make up for not doing Rocket Math for the previous five days.

What I learned as an administrator is that exhorting teachers to do the right thing is ineffective, especially when you know they are doing it wrong because they can’t seem to do it the right way. You have to find out what are the impediments to doing daily Rocket Math practice. You could anonymously poll your staff to find out, but I’ll wager it’s one of two problems, or both of them.

First problem is not having an efficient routine for distributing folders, starting practice, switching roles, taking the timed test, and collecting folders. Instead of a ten minute routine, I have seen teachers take 25 to 45 minutes to do the Rocket Math sequence because things were so chaotic. If you have ten minutes allotted to do Rocket Math and it takes 25 minutes–then you make yourself late every time you do it.

Learning how to have more efficient routines could be a collaborative task among grade level meetings. Teachers need to discuss all of their steps in detail to find the efficient alternatives to what they are doing. Teachers at a given grade level can learn from each other if they take on–as a team–the goal of getting their Rocket Math routines to be more efficient. Routines like checking passed tests and filling folders after school (instead of having students line up to get their sheets), setting up partners ahead of time, allowing students to begin practicing as soon as they can get to their partner’s desk (so they benefit from hurrying), can make a huge difference. Routines mean that the teacher doesn’t have to be telling students what to do, she just watches to see they are doing it and praises them for doing so. See also under the Resources Tab on our website, the Rocket Math FAQs–Letter R: How do I establish the daily routine so it runs smoothly?

The second problem is not setting aside a good time to do Rocket Math. The end of the math lesson, or the end of any lesson, is particularly bad time because Rocket Math is skipped whenever the lesson goes long. Much better to set up to do Rocket Math first thing. Even better is first thing after recess or lunch or some other break–which allows the teacher (or a helper) to distribute the folders onto student desks. That way students come in and get started on Rocket Math immediately. Students like doing Rocket Math and so if you put it at the beginning of a block of time they will automatically do it every day.

If teachers teach efficient routines to their students, so that the students know exactly what to do without being told, and they establish a good time for Rocket Math to happen (at the start of a block of time), they will be able to do Rocket Math daily. And everyone will be happier and more successful!