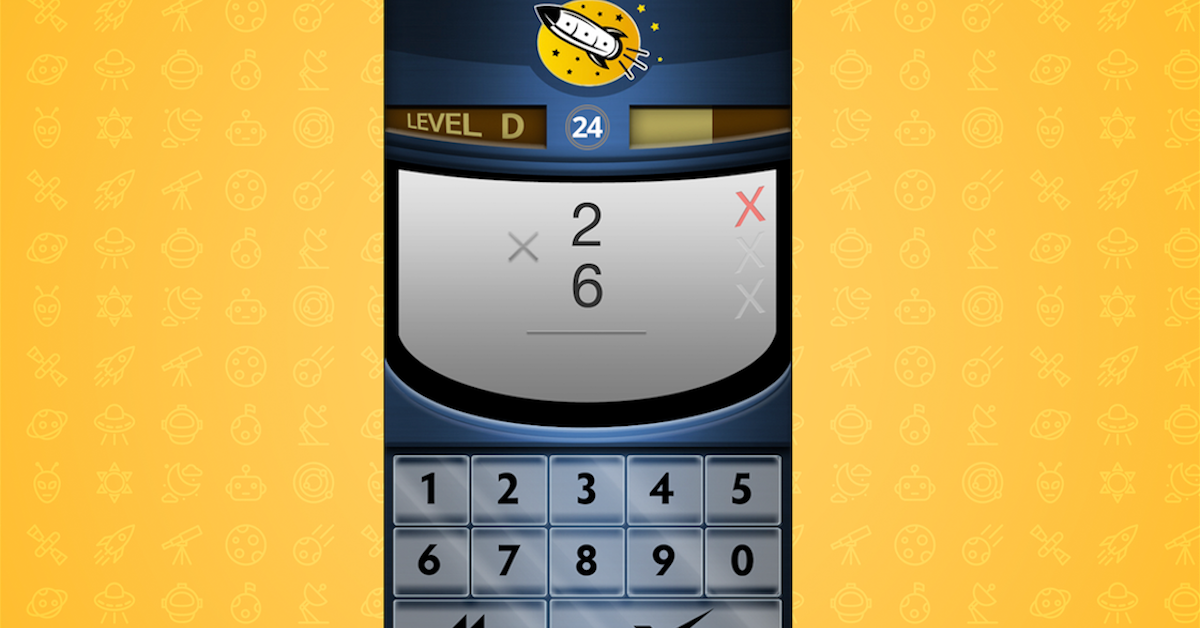 You’re probably looking for a math facts test online to evaluate how well your students are learning their math facts. But did you know, it’s more effective to teach and test at the same time? Rocket Math’s online game does exactly that, making it the ultimate math fact online testing app.

Too many math facts tests online spend a lot of time asking students facts they don’t know. As a result, students learn inefficient ways to solve math fact problems, like counting on their fingers.  Even puzzling out answers from knowing doubles is tedious. Students will find memorization of math facts difficult if they constantly have to “figure out” math facts. Plus these two methods are slow, setting students up to fail timed math fact tests in class.

So what is the best way to test whether a student can recall math facts?

Teach and test a small number of math facts in tandem

An effective math facts test online will start teaching as soon as the test finds the first math fact that the student can’t answer quickly. 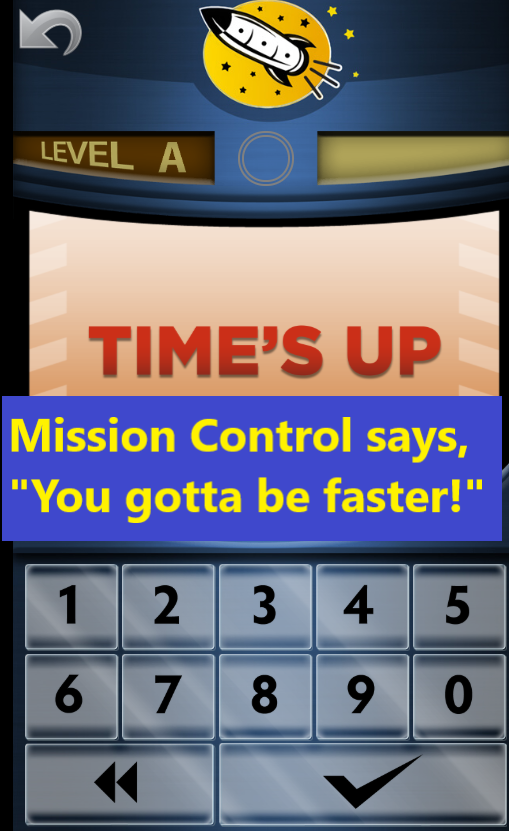 It is important to begin teaching immediately for several reasons.

(1) Students think that they will always have to compute math facts on their fingers or with a number line.  They don’t know that they can and should get to a point where they instantly recall the answers to facts.  Helping students memorize a previously unlearned math fact immediately after they miss the problem shows them that they can successfully master any fact.

(2) Students need to know that we do NOT want them endlessly figuring out math facts.  By responding immediately with teaching, we send the message, “Hey, you didn’t know this fact instantly.  That’s not what we want.  Let’s practice this one, right now, so you can learn it.”  Requiring the student to answer the fact again faster reinforces the message.

(3) Teaching a fact works best when the fact is surrounded by facts the student already knows. Therefore, the best time to teach is when a student meets the first math fact they can’t instantly recall. An effective test online will mix the unrecallable math fact with a sea of already mastered material, teach the math fact, and then test it again.

(4) The student learns the difference between memorized and unmemorized facts. This helps the student understand that the goal is to instantly recall that fact.

(5) With a combined teaching and testing approach, a student’s success rate will be high since the student primarily answers facts they already know. As a result, students are motivated to learn more math facts.

Why testing and teaching is the perfect learning paradigm

If your teaching program works carefully in sequence, students will encounter opportunities to practice facts they know (a good thing!).  Gradually, new facts will be introduced, practiced and tested. That is the perfect recipe for successful learning.  Over time, students will be able to master all the facts as the program works through its sequence.  Now you have accomplished the end goal: for students to learn the facts they didn’t know.  By testing and teaching as you go, students remain encouraged, learn the difference between problem-solving and memorization, and reach mastery. 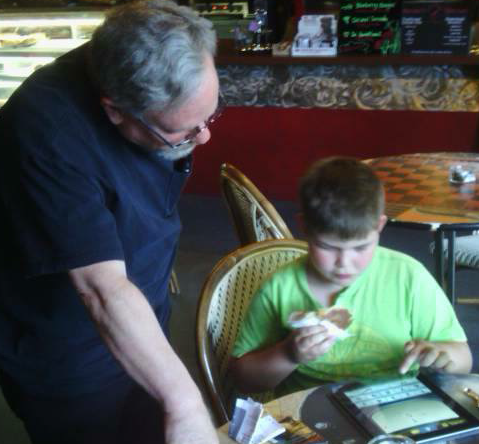 The picture to the right shows me watching the very first kid try out the Rocket Math online game.  As soon as he saw math problems, he said, “I don’t really like math that much.”  But he saw the problem on the screen was 3 + 1 =, so he just typed in 4 because he knew the answer.  Then he saw 2 + 1 = and he says, “Well I know that,” and he typed in that answer.  The reverses (1 + 3 and 1 + 2) came up and he could answer those.  The online math app only introduced those two math facts and their reverses, but he had to answer twelve in a row to pass the test.

Over time, he became faster.  He answered all twelve math facts and received an on-screen congratulations. Mission Control (a fictional character in the math app) told him that he had “taken off with Set A” and could, “try for orbit” if he dared! After finishing the round, he brought the tablet over to me and said he liked it and wanted to play it again as soon as the mandatory 30-minute break was over.

Not only did the Rocket Math app teach and test four math facts in 5 minutes, but the student wanted to continue practicing math facts. That’s the beauty of a combined teaching and testing approach. Kind of a big deal, eh?