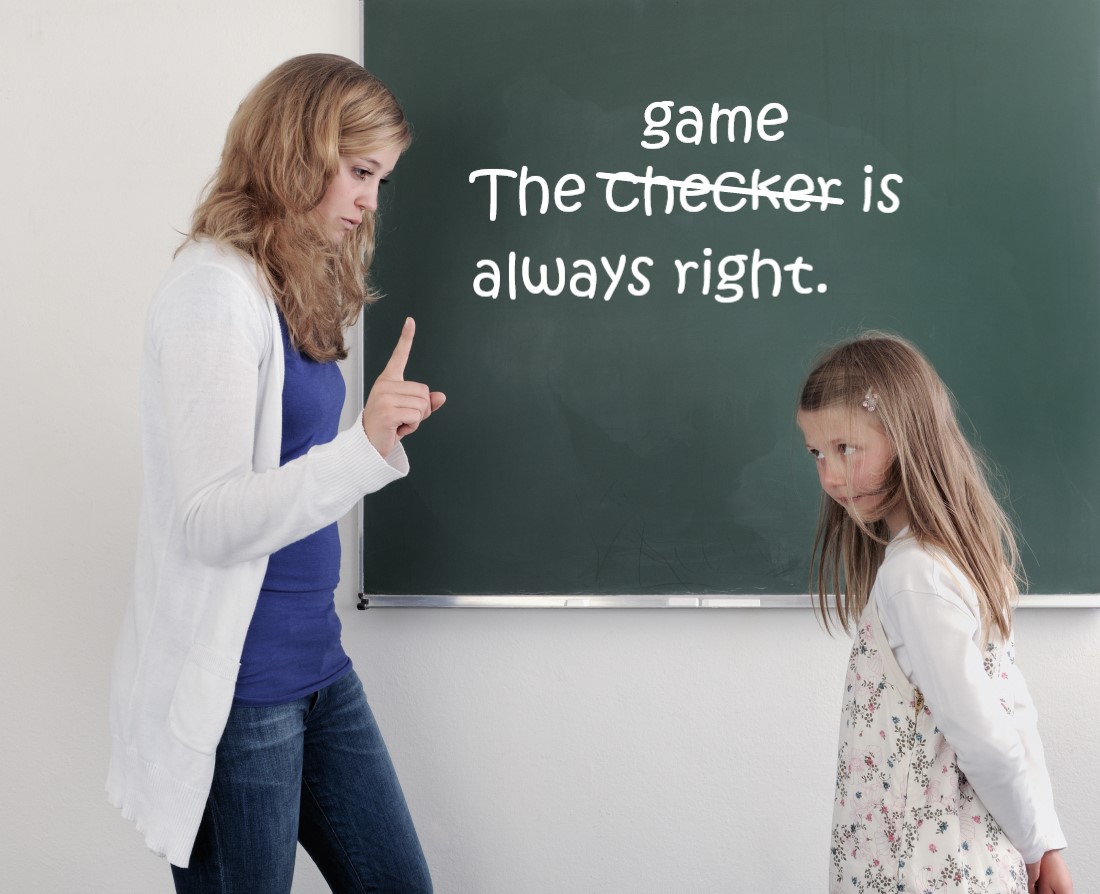 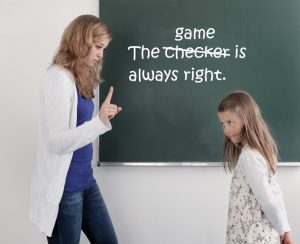 Are your students complaining that the Online Game said they were wrong, when they were right?  This is similar to a problem we found with students and their checkers in the Worksheet Program. Bear with me a second while I explain.

In the Worksheet Program students often complain to their teacher that their checker made them do the problem over, even though they weren’t wrong.  Trying to adjudicate such a dispute is nearly impossible, as veteran teachers have learned the hard way.  The extra practice didn’t hurt the students and you’re going to be inundated with complaints if you try to adjudicate them. In workshops we always counseled teachers to respond to such complaints with, “The checker is always right.  Just do the problem over again.”

The extra practice that the Online Game) makes a student do is never harmful.  The problem and the answer that Mission Control gives is never wrong.  When students complain to you about the game telling them a right answer was wrong, just tell the student, “The game is always right. Just do the problem over again.”

The Online Game only says right answers, so it’s not wrong.

The correction procedure says both the problem and the correct answer.   Students may say, “But, that’s what I put!” They are not confused. They are just complaining that they were “unjustly” corrected.  An unjust correction is relatively unimportant compared to an actual error.

The program never says a student’s answer is “wrong.”  The game does a correction whenever it does not process the correct answer within the time limit.  The student may hit the correct answer just a fraction of a second too late to be processed by the game. Even though correct, the game will say “Time’s Up” and do a correction.

Sometimes a student misses the button they mean to hit, they make a “typo,” and the game buzzes and the screen shakes “no.” Sometimes, a glitch occurs and it skips ahead to the next problem and processes the last answer as incorrect. However, the game can only say a problem and its correct answer as those are the only words that are recorded.  There are no recorded errors.  For example the game will say, “Six plus two equals eight. Go again.”  After that the game waits for the student to enter the correct answer AND waits for the student to hit the checkmark. No amount of arguing, “But that is what I put!” or “But that wasn’t the problem I was answering” will change it. 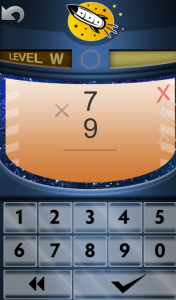 The extra practice caused by an “unjust correction” is not harmful.

Students should listen to Mission Control while it is displaying and saying a problem and the correct answer.  Then the game will show the problem just stated without the answer.  Students will know what they should do. They should just enter the answer and hit the checkmark.  Students should just do the problem over again regardless of whether or not they think they entered the right answer.  The game never says anything incorrect and the extra practice won’t hurt them. While an unjust red “X” for an error seems terrible to students, it will not do anything other than give them more practice, which is good for them.

We  offer a $50 gift certificate to the store of your choice if you can capture an error by the game on video, as we have never seen the game make an error and can’t replicate the problem.