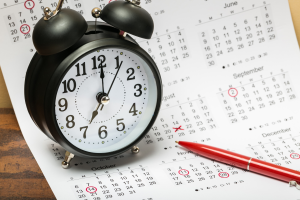 Because you need to remember these facts your whole life!

Learning all the addition facts well should take a while. What’s more, it is important to spread this learning task out over weeks and months. Why? Because the longer you spend learning something the better you learn it and the longer you remember it. Conversely, when you cram learning into a short period of time you will likely forget it soon. Remember, cramming for exams in high school or college? Remember, what you learned? Probably not.

Rocket Math is designed to motivate students to work through a long task of learning nearly 100 facts in addition. It is broken down in bite-sized pieces for a couple of reasons. One, so each piece is not too much to memorize (nobody can memorize ten similar things at once). Two, so students can experience success along the way. Little successes keep them motivated for the long haul, which is a key point.

Rocket Math is purposely demanding. We want student to learn the facts to the point of instant recall, without any hesitation. So we expect them to be able to write the answers to the facts as fast as their little fingers can carry them–without any having to stop and think about on the way. That is called the level of automaticity. One way to do this would be to simply require all students to practice for a week on each set. That wouldn’t be terrible, but it wouldn’t be motivating and it wouldn’t take into account learning differences–it wouldn’t differentiate properly. Some students can learn facts to that level in 3 or 4 practice sessions while others may take 10 or more practice sessions to get to the level of automaticity.

Practice must be focused on learning. It is very important that practice has to be focused on learning, rather than just “going through the motions.” It is critical that students realize they can move on as soon as they learn these facts, and not until then. If everyone moved on every week regardless of learning differences, it would be too soon (moving on too fast) for some students and too slow for others.

Students need to meet the rigorous tests of Rocket Math and it is optimal that they spend several days on each set. With 26 sets to master and 90 days in a semester, we should not expect students to master an operation in less than a semester. It is also acceptable for a student to take up to a school year to learn all the addition facts. If schools routinely taught addition in first grade, subtraction in second, multiplication in third and division in fourth grade, their students would find math computation a breeze. Even better, they would remember those facts, that took them a school year to learn, for life. Isn’t that really the point?