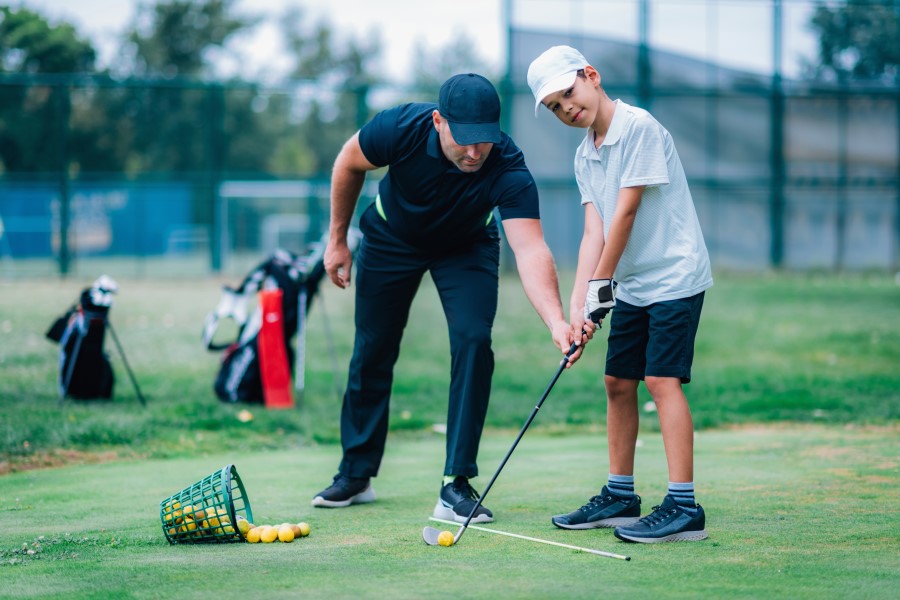 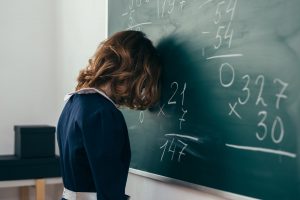 If you want to help your kid succeed in golf, you must first help them develop a good drive.  Before they can successfully go out and play a game of golf, they are first going to have to spend some time on the driving range.  Right?  Same thing goes in math.  If you want to help your kid succeed in math, you have to help them first develop fluency at math facts. Math facts are single digit problems like 5 +9 or 6 x 8.  The times tables are math facts in multiplication. Math facts are the fundamental units of all math problems.  They are the drivers, if you will, of doing math.  If children struggle to remember basic math facts, they will find learning math and doing math difficult.  We know what that looks like, right? On the other hand, students who can easily answer all math facts, who can answer math facts with fluency, find math a breeze and are successful and confident in math.

There are a lot of apps out there that look like they would help your child learn math fact fluency.  If they have to answer math facts, won’t that work?  Not really.  Just playing a game that asks you to answer facts won’t help you learn new facts.  In fact, most apps for practicing facts are discouraging to students who don’t know their facts well.  Why?  Because most of the people designing the app don’t have any experience teaching or knowledge of instructional design.  A teacher with expertise in instructional design, like the creator of the Rocket Math Online Game App, knows how to effectively teach new math facts (or any facts) to a student and knows an effective math app from an ineffective one.

The key job in developing math fact fluency is learning new facts. Without doing these three things, there’s no way the app is going to be able to teach the student new facts, and the student won’t develop fluency beyond what they already had.

An effective math app will only teach a few math facts at a time. 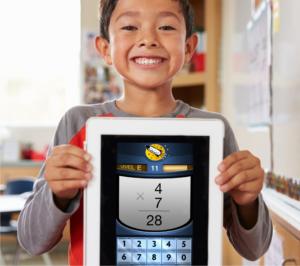 Nobody can learn a bunch of new and similar things all at the same time.  A person can only learn two, three, or four facts at a time. You cannot expect to learn more at one time. *  That’s enough for one session.  The student has to practice those facts a lot of times to commit them to memory.  Once or twice is not enough. It also won’t help to practice the same fact over and over.  Proper math fact fluency practice intermingles new math facts along with facts the learner has already memorized.  However, no more than two to four facts should be introduced at a time.  If a student has to answer a lot of random untaught math facts, you will have a very frustrated learner.

Some students learn to solve addition problems by counting on their fingers.  That’s a good beginner strategy, but students need to get past that stage. They need to be able to simply and quickly recall the answers to math facts. An app is good for developing recall.  But the app has to ask students to answer the facts quickly, faster than they can count on their fingers.  The app has to distinguish when a student is recalling the fact (which is quick) from figuring out the fact (which is slow).  Second, the app must repeatedly ask the learned facts in a random order, so students are recalling.  But the app should not throw in new facts until all the facts are mastered and can be answered quickly.

Introduce new facts only when old facts are mastered!

The driving range of math: Rocket Math Online Game App–try it for 30 days for free

You probably guessed that we know of an app that meets all these criteria, the Rocket Math Online Game.  It is like a driving range for math–it will develop math fact fluency.  But don’t take our word for it.  Try it for free for 30 days.  If your child or students use it daily for 30 days, you’ll know that they are learning and becoming more fluent with math facts.   Keep it going and they will come to be confident and successful in math.  And that’s the point isn’t it?