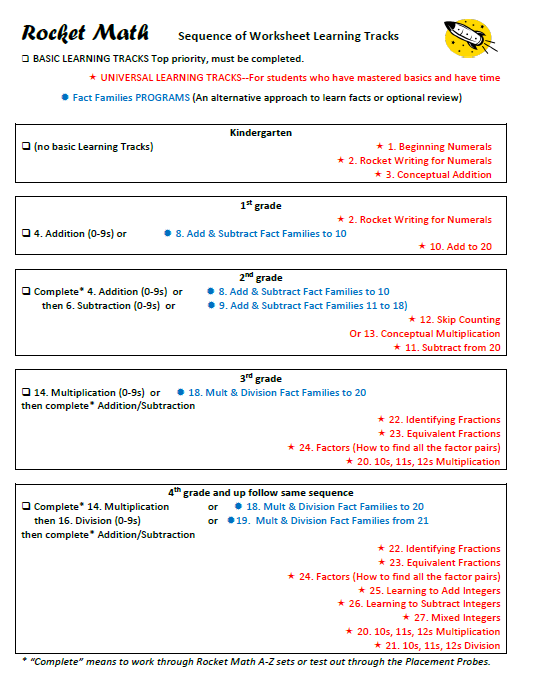 Basic, optional, and alternative—there are a lot of different Rocket Math programs to help students learn math facts. A common question teachers ask is in what sequence should they teach the various Rocket Math programs? The basic programs of Addition, Subtraction, Multiplication, and Division (0-9s) have priority and must be mastered by all students. Addition in the first grade. Addition and Subtraction in the second grade. Multiplication (as well as Addition and Subtraction) by the third grade. Then, all four, including Division by fourth grade. If a student is on track, those basics have first priority.

Optional programs if the basics are already on track

The rest of the programs are optional and should be offered to students once the basics have been mastered and only then. The only exception would be in a school where Kindergarteners did not get a chance to learn how to quickly and easily write numerals, through using the Rocket Writing for Numerals program. In that case, you might take the first two months of the first grade year to run students through Rocket Writing for Numerals before beginning Addition (0-9s).

Here’s a link to a printable version of the graphic above.

Kindergarten Students have things to learn before beginning Addition Facts 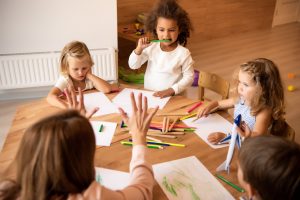 There are three Learning Tracks in the Universal Level of the Worksheet Program that can help kindergarteners get ready for memorizing Addition Facts in the first grade. These programs are not like the main part of Rocket Math, because they are not set up for peer practice.  Instead, the teacher leads instruction, because the little ones don’t really have good skills for working together yet. Using the Beginning Numerals  Learning Track, the teacher can teach students how to use their rote counting skill to count objects and identify the numeral that goes with that number of objects. Next the Rocket Writing for Numerals Learning Track will teach students how to correctly, legibly, and efficiently write the numerals 0-9.  There are 72 pages in this program, so it will take most of the school year for students to work through it.  The third teacher-led learning track is Conceptual Addition.  This learning track teaches students what addition is all about by teaching them to count objects to add them together.  Most importantly, it teaches student how to “count-on” from a number other than one, so they can add up numbers more than their ten fingers.  Click the link to see more information about that. 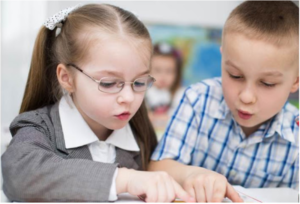 If first-grade students are taking all year to get through sets A-Z in Addition, they need some extra help. You should intervene to help students who take more than a week to pass a level. Often they need to practice better or with a better partner, and some may need to practice a second time during the day or at home in the evening.

Another intervention would be to use Rocket Math Online Game for Addition facts, as students seem to progress much more quickly in the online game.  The Online Game has an adjustable game speed for first-grade students who are having trouble (their difficulty score is over 3) moving their fingers fast enough. First-grade students who finish the 0-9s can move on to the Add to 20 programs for the remainder of the year. 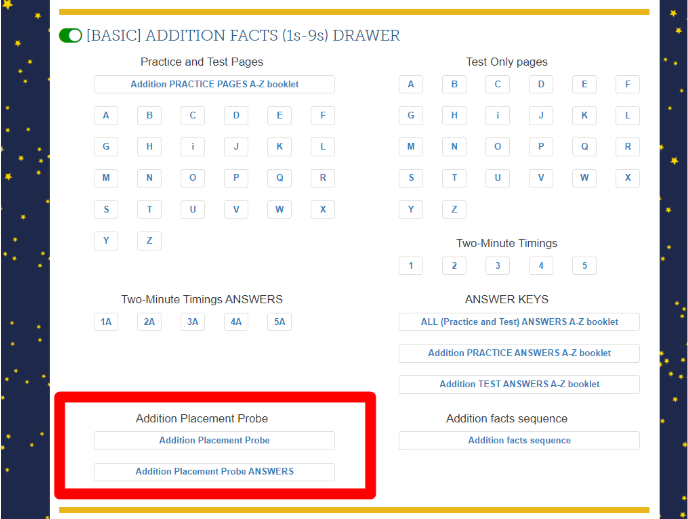 Second-grade students must have completed Addition before starting on Subtraction (0-9s).  They can also test out of Addition through the Placement Probes which are available within the Addition drawer in the Rocket Math Worksheet program virtual filing cabinet. Addition has priority for second graders who cannot test out of Addition in first grade or didn’t complete it in first grade. Only after getting through Set Z of Addition, should they move into Subtraction. Second-grade students who complete Addition and Subtraction 0-9s can move on to Skip Counting or Conceptual Multiplication, which both do a great job of preparing students to learn Multiplication facts. After that students could do the Subtract from 20 learning track. 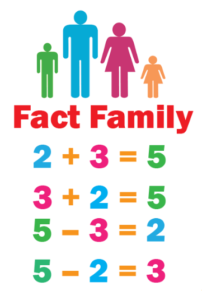 As in Addition and Subtraction, students can learn Multiplication and Division by fact families, provided you teach both concepts first. In third grade, just the Multiply-Divide Fact Families through 20 need to be mastered. Once all three of these basic operations are under their belt, I’d recommend the Identifying Fractions learning track next followed by the Equivalent Fractions, followed by the Factors learning track.

Fourth-grade Students Should Know Both Multiplication and Division Facts 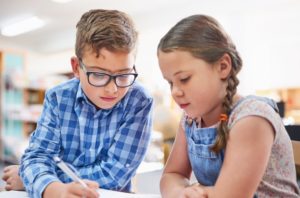 Fourth-grade students need to have completed Multiplication before going on to Division.  They can also do Multiply-Divide Fact Families to 20 and then Multiply-Divide fact families from 21 on. If they complete Multiplication and Division, they should go back and do Addition and Subtraction, if those are not mastered, either straight up by operation or in families. Then students can go on to Identifying Fractions learning track next followed by the Equivalent Fractions, followed by the Factors learning track. They can go on to 10s, 11s, 12s Division, but it is less valuable than the pre-algebra skills of factors and fractions.

Fifth-grade Students & Up Need to Know All Basic Operations First, Then Branch Out

Fifth-grade students should have completed all four basic operations (1s-9s). If students have not completed these basics (and cannot test out of them with the Placement Probes), then the sequence they should follow is Multiplication, followed by Division, then go back and complete Addition followed by Subtraction. Again, as an alternative, students can learn the basic facts in families. The same recommendations hold for students in any grade after fifth.

Once students have mastered the basics (1s-9s add, subtract, multiply, divide) the supplemental pre-algebra programs are recommended. These will help more than learning the 10s, 11s, 12s facts. I would recommend this order: Identifying Fractions, then Factors, followed by Equivalent Fractions, followed by Learning to Add Integers, Learning to Subtract Integers, then Mixed Integers.

Here is a quick and easy chart to help understand which operation/skill students need to learn in which grade level and which Rocket Math Worksheet and Rocket Math Online Game Level they should be at.